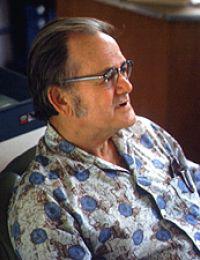 Trained as an ecologist and microbiologist, Hardin is best known for his pioneering 1968 essay, "The Tragedy of the Commons," which is widely accepted today as a fundamental contribution to ecology, population theory, economics, and political science.

Hardin was a member of the UCSB faculty for more than 30 years, and remained actively involved in writing and research following his retirement in 1978. His most recent books include "The Immigration Dilemma: Avoiding the Tragedy of the Commons" (1995), "Stalking the Wild Taboo" (1996), and "The Ostrich Factor: Our Population Myopia" (1999).

Hardin received many honors during his lifetime, including the 1997 Constantine Panunzio Distinguished Emeriti Award, which each year honors one retired faculty member of the nine-campus University of California system for continued scholarly productivity.

The Immigration Dilemma: Avoiding the Tragedy of the Commons, 1995.

"The Tragedy of the Unmanaged Commons, Trends in Ecology and Evolution," BioScience, 2 (5), 1994

Filters Against Folly: How to Survive Despite Economists, Ecologists, and the Merely Eloquent, 1985.