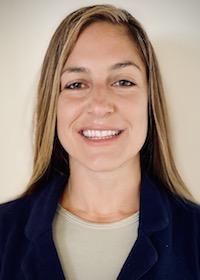 Jolie Colby is a Doctoral Candidate at UCSB’s Gevirtz Graduate School of Education. Jolie discovered her love of conservation and environmental literacy as a Fulbright scholar in Indonesia doing reef conservation. Before coming to UCSB, Jolie co-owned and operated a field study school in Central America that focused on neotropical conservation biology. For three years, Jolie was the Environmental Literacy Consultant for the UCSB Children’s Center and is currently the Lead Coordinator for UCSB’s Student Wildlife Ambassador Program, a core member of UCSB’s California Grizzly Research Network, and the Lead Developer for a conservation education group that develops project-based science curricula that meets NGSS standards. Jolie has worked with institutes such as The Nature Conservancy and the U.S. Department of State, in addition to collaborating directly with Jane Goodall, Jack Johnson, and various indigenous tribal leaders from around the world.

Jolie has served as Instructor of Record for:

Jolie has served as a Teaching Assistant for: