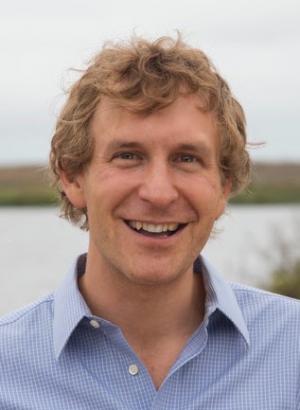 Professor Heilmayr joined the Environmental Studies Program as an Assistant Professor in 2016. He was a postdoctoral fellow in the Carlson Lab in the University of Hawaii’s Department of Natural Resources and Environmental Management and earned his Ph.D. from the Emmett Interdisciplinary Program for Environment and Resources at Stanford University. His nonacademic career has stretched from field botany in the Sierra Nevada to climate policy analysis and advocacy in Washington, DC.

Global markets for agricultural products, timber and minerals are critically important drivers of deforestation. However, there is increasing hope that the global supply chains driving land use change may also provide unique opportunities to halt deforestation. Market campaigns, deforestation moratoria and certification schemes have all been promoted as powerful tools to achieve conservation goals. Despite the excitement about such nonstate, market-driven (NSMD) governance regimes, there have been relatively few opportunities to quantify their ability to deliver on promised conservation outcomes. By combining remote sensing and econometrics, I have quantified the impacts of nonstate governance in diverse production systems including Chile's timber sector and palm oil production in Southeast Asia.

Historically, natural forests provided society with all of its timber and fiber. However, the past half-century has seen a rapid shift towards reliance on intensively managed, planted forests. Having expanded at a rate of five million hectares per year for the past decade, planted forests now constitute more than seven percent of all forests and produce more than half of the world’s roundwood. Environmental optimists often express a hope that the rapid expansion of plantations has the potential to dramatically reduce pressure on natural forests. However, case studies conducted in countries experiencing rapid plantation expansion often highlight the risk of direct conversion of natural forests to plantations. This conflict highlights two important interactions between plantations and natural forests: plantation forests compete for land with natural forests, but they can also ease demand for forest products from natural forests. My research uses a combination of theoretical microeconomic models and remote sensing to explore the impact of plantation forest expansion on natural ecosystems.

Land use change in Chile

Whereas forests throughout much of the global South were exposed to widespread deforestation at the end of the 20th Century, Chile experienced an expansion in tree cover. As one of the only South American countries to experience such a forest transition, careful analysis of Chile's experience may yield lessons to guide the creation of effective policies to slow deforestation elsewhere. Working with collaborators at the Universidad de Concepción's Laboratorio de Ecología de Paisaje, I have developed high resolution maps of Chilean land use change between 1986 and 2011. We have used these maps to quantify the impacts of public and private policies on land use change, as well as assess the ecological changes that have occurred across the landscape.