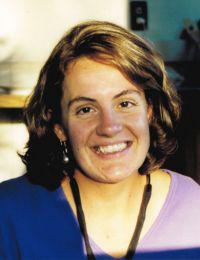 Dr. Simone Pulver arrived at UC Santa Barbara as an Assistant Professor of Environmental Studies in 2009. Before coming to UCSB, she was a research professor at Brown University's Watson Institute for International Studies and the Center for Environmental Studies. She received her doctorate in Sociology from the University of California, Berkeley and also hold an M.A. in Energy and Resources from UC Berkeley, as well as a BA in Physics from Princeton University.

Simone Pulver's research focuses broadly on the intersection of economic action and environmental harm and seeks to integrate theoretical frameworks related to global governance, organizational theory, and economic and environmental sociology.  Specifically, she has led NSF-funded research projects investigating oil industry responses to climate change, climate politics in Mexico, and low carbon investments by firms in Brazil and India.  She is currently directing two new projects; one that explores changes over time in the production of pollution in the manufacturing sector in the US and the other focusing on responses to uncertainty in climate adaptation.

Pulver, S. (2007) "Making Sense of Corporate Environmentalism: An environmental contestation approach to analyzing the causes and consequences of the climate change policy split in the oil industry." Organization & Environment, 20(1):44-83.