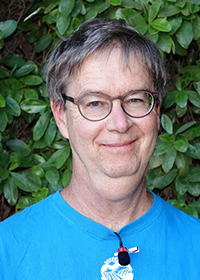 John Foran is professor of sociology at the University of California, Santa Barbara, where he is also involved with the programs in Latin American and Iberian Studies, Global and International Studies, Environmental Studies, and the Bren School. He was visiting professor of sociology and Latin American Studies at Smith College from 2000 to 2002, and Visiting Professor of Sociology at Goldsmith's College, University of London, from 2009 to 2010. As he states in his syllabi, “I consider teaching a revolutionary act… Learning and teaching are complex, endlessly fascinating collaborations. I learn enormous amounts from the students in my classes, whom I consider colleagues and companions on an intellectual, potentially life-changing journey.”

Professor Foran’s current areas of interest include the comparative study of 20th-century revolutions and 21st-century radical social change, development, climate, and globalization, and the global justice and climate justice movements.

As a comparative-historical sociologist, Professor Foran has written on many aspects of revolutions and movements for radical or deep social change. He is currently working on a book, Taking Power or (Re)Making Power:  Movements for Radical Social Change and Global Justice. He is also engaged in a long-term research project on the global climate justice movement, with Richard Widick. Their work can be followed at www.iicat.org