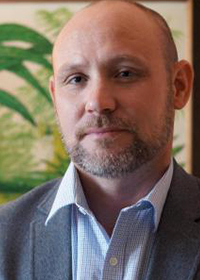 Dr. Jeffrey Hoelle is a cultural anthropologist interested in human-environment interactions in the Brazilian Amazon. His research seeks to understand Amazonian livelihoods and land uses in relation to political and economic drivers, but also to expand the view through attention to cultural factors, such as ideals of work, nature, and masculinity, as well as food and landscape preferences. His goal in this research is to understand why destructive environmental practices, particularly cattle raising, make sense from the perspective of different actors. His book book, Rainforest Cowboys: The Rise of Ranching and Cattle Culture in Western Amazonia, won the 2016 Book Prize from the Brazil Section the Latin American Studies Association.

Dr. Hoelle is involved with several reserach projects, including: