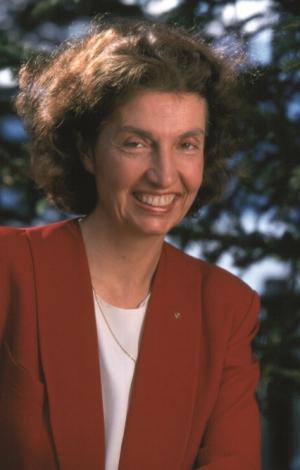 Deborah Williams is currently an environmental consultant, and has dedicated over 35 years of service to advancing environmental protection in Alaska, California, and the nation. Deborah graduated from Harvard Law School, with honors, where she founded and served as co-editor-in-chief of the Harvard Environmental Law Review. After serving in the Solicitors Honors Program of the Department of Interior in Washington, DC, Deborah relocated to Alaska and was the attorney for the National Park Service and the U.S. Fish and Wildlife Service. Between 1981 and 1994, she practiced law and was also the Executive Director of the Alaska Consumer Advocacy Program and of the Alaska Lung Association.

In 1994, Deborah received an appointment from President Clinton to serve as the Special Assistant to the Secretary of Interior for Alaska, in which position she advised the Secretary about managing over 220 million acres of national lands. Deborah later served as the Executive Director of the Alaska Conservation Foundation for over six years, winning many awards in that role, and then served as the President of Alaska Conservation Solutions, focusing on climate change.