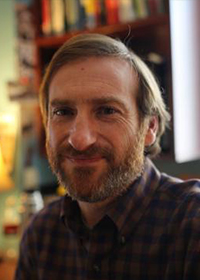 Casey Walsh's research falls into two general areas. The first is the anthropological political economy of the Mexico-US borderlands. He has studied the ways in which water, land and labor have been organized to produce commodities in areas marked by aridity, especially northern Mexico and the southwestern United States. This work took the form of a socioeconomic and cultural history (Building the Borderlands) of irrigated cotton agriculture in the borderlands, and in particular, northeastern Mexico. He has also studied the cultural, political and economic dimensions of how mineral springs have been used and managed, both in the past and present. Currently he works on finishing a book on that topic (Mexican Water Cultures). He has also become increasingly involved in the politics of groundwater management in California, and is also conducting a study of how new legislation - the Sustainable Groundwater Management Act (SGMA) - is being enacted in the Central Coast region of that state.

His research interests include perspectives that have developed outside of Europe and North America. He has dedicated a good deal of energy to tracing the histories of different traditions within Latin American Anthropology, and the ways in which anthropological thought has been applied to development. Particularly, he is interested in concepts of race and space, and how these have been utilized by states.